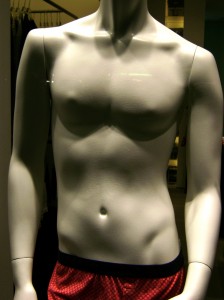 Now the clocks have gone forward and the weather has started to turn here in the UK towards sometimes warmer and brighter, my concerns about the local students are growing as they discard their outer coats and allow me and everyone else who follows them an insight into their fashion sense.

I think you know what I mean as the young lads like to express their independence with letting us know their choice of underpants  and the perceived cost of the designer label brands they are wearing. The sight of all these named waistbands as they create their slow moving road blocks is a veritable feast of the top designer names such as Calvin Klein, Tommy Hilfiger and Marks and Spencer! That last one is in their for fun as the guys wearing their M&S pants tend not to shout out too much! The worst time to be following one of these dropped trousers walkers is going up a set of stairs as your eye line is set to their waistband and does not make a nice sight!

I’m not sure why they think wearing their trousers below their butt crack is a good look as I’m sure walking with the crotch a few inches above your knee is not that easy and might explain why they have such difficulty in walking faster than a snail’s pace.

I was intrigued as to why this look was fashionable and did some basic research and was fascinated by what I found. It appears that this look was developed in US prisons as a way to show disrespect for authority. The young lads in the US saw the trend being continued by “rap stars” who had “done time” at their concerts and adopted it for their own purposes as a slight on their parents and their own authority leaders.

I also found out that this was also thought to be used as part of the “dating” experience in US prisons and was deemed to tell fellow inmates that you were available for sex so I wondered what some of the cool guys would think when I told them about their current fashion statement. I had to be careful who I spoke with on the matter as I was not sure how they would react so chose a couple of guys who had been to school with my son when they said Hi to me in the High Street one day.

They looked totally gob smacked when I told them and told them to look it up on the web just to check I wasn’t spinning them a yarn. I noticed as they walked away that they pulled up their trousers and we lost the designer waistbands! I must admit I’ve seen them a few times over the past 18 months and I have never since seen them with their trousers around their backside so one success at least!

I have no problem with fashion as it can give you a good laugh at times with what the youngsters think, or are told, is fashionable. I’m sure that many of you feel the same and would welcome your thoughts below