I ask again, WHY?

At our hotel pool on a sun bed next to Mrs Grumpy, I am fortunate (or maybe not) to see sights that are hardly seen back in old Blighty. Bodies, I suppose a bit like mine that have expanded in a number of places and should probably be hidden away at every opportunity, are exposed to the sun for one or two weeks of reddening to then be covered up again for another year.

But with these vast areas of white and reddening flesh comes the sight of hidden portrait galleries  as men and women alike seem to have spent hundreds of pounds at their local tattoo parlours to permanently pattern and scar their bodies.

When I was young, you tended to find most tattoos on the arms of soldiers and sailors, some hand made, that were worn with pride as they tended to reflect their military past.

The next set of people I can recall wearing tattoos were “surfer dudes” who seemed to have a band of tattoos at sleeve level on their right arms so was usually partly visible and gave them a wild side, bucking the trend of normality.

Now it seems everybody needs to have at least one, or ten, tattoos on various parts of their bodies and I suppose some of the blame in the UK is down to that Essex legend, David Beckham. Having strange and wonderful shapes and writing all over hs body, especially for his underwear range, prompted men and women alike to want to copy him.

One example here by the pool, a three generation family from the Midlands! The patriarch has numerous tattoos including a line from Ave Maria along the line of his collarbone, some religious picture on one forearm, a nondescript pattern on the other, some lines of text on one leg plus, I think, four other smaller tattoos I can see. He also has a set of angel wings on his back.

His two sons are working hard to keep up with him, both having large pictorial tattoos on their left shoulders plus a couple of little ones dotted about their person.

The matriarch has a pretty line of flowers on her foot, a star on her shoulder and a small dolphin leaping out of her bikini bottoms. Both her daughter-in-laws have “slag tags”(as I have been reliably informed) at the base of their spines and one has some daisy’s, as Mrs Grumpy tells me, sprouting from her bra.

Thankfully their kids are too young for a tattoo, but I would be prepared to bet they will be in the chair on their 16th birthdays as a treat!

I suppose I can’t be too critical as my daughter has three, or maybe four, tattoos and I take pictures when I can of tattoos gone bad. Wait till she sees one I’m bringing back of a woman who must have lost a lot of weight and her side tattoo seems to be in three pieces overlapping each other. I’d happily pay to get rid of my daughter’s blue and green body skin, hopefully sooner rather than later.

So that’s my opinion of tattoos, what about you? I’m not even tlking about idiotic tattoos, just plain and normal people making a mess of their bodies. Would love to get your opinions below! 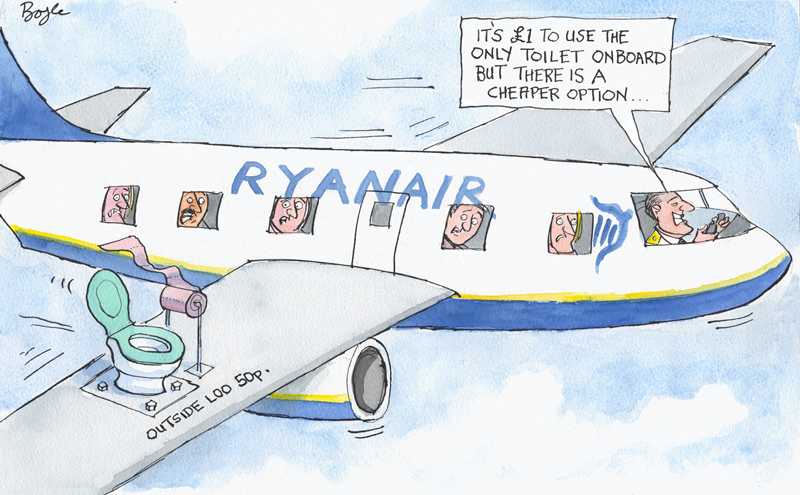