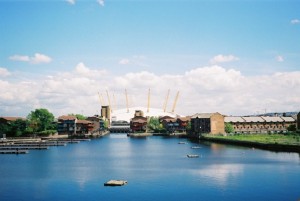 Last night I went with my wife to the O2 Arena in London to a concert as a belated birthday present for her as, even though it was bought near her birthday in February, the concert was two months later.

I’d been there before with my son for the NBA basketball match earlier in the year and we went to a Killers concert last year as I got him into them a few years ago when he was listening to hip hop *rap and needed some decent music on his IPod. Have got him into a few more of my groups now and he has got me interested in some of his music.

Anyway this was my wife’s first visit since it was the Millennium Dome all those years ago and she was looking forward to the concert and a meal out.

The concert was headlined by the Temptations support by the Four Tops with special guests The Platters and Freda Payne so you can see the significance of my headline as this was the music of my teenage and early twenties being of my age. When I attended the Killers concert, the average age of people there was a lot younger than last night and I was probably in the upper age for that concert, but last night it was obvious that I was at the median age for attendees!

Freda Payne opened the concert as people were being shown to their seats so had the difficult slot as people were coming in, but sang away and talked to the crowd about her long life in music. Now I could only recall one song of hers along with most people around us, but she did a 30 minute set and finished with her greatest hit, Band of Gold, which brought the place down.

Next up were The Platters who have been around since the mid-50’s so were we expecting a bunch or geriatrics in wheelchairs, no! This group has continued in name without any of the original line up for years, but preserve the memory of them with all their great hits, “Smoke Gets In Your Eyes” for one. The longest member of the group has been with them for just 21 years with the rest a lot shorter!

People were up and dancing in the aisles with the O2 staff trying their hardest to stop them blocking the emergency routes as if the dancers would have carried on dancing if there had been an emergency, but complaining about that should be reserved for one of my Grumpy Old Man posts!

After a short break, out came the Four Tops and brought the place down with medleys of their greatest hits and this is when my youth started to really kick in. Each song brought back great memories of events and people, some no longer with us, from my teenage, formative years and I was belting out the words as they sang and bopping in the aisles with the rest of them! They did a 60 minute set and left the stage to a standing ovation although the majority of the people were already on their feet.

Eventually the headline act, The Temptations, appeared on stage and they again started their set with many of their old favourites, but then got into a strange series of talking to the crowd, slowing everything down between tunes and singing songs not many people knew and, as time was getting on and transport was finishing up, many people started to leave and we decided to join them.

We both left singing away the songs we had enjoyed and had a thoroughly good night at the O2 with both of us having had a great time and stirred some old, distant memories. I left the concert feeling as of I was back in my early twenties, but waking up this morning with sore feet and an aching back has made me realise that I’m really in my early 60’s and need my rest. Anyway, I’m digging out some Motown CD’s this morning and will have them on while cleaning the house!

So what would or has brought you back to your youth recently? And I know most of you are not as old as me, but would like to know!