Since moving to the “sticks”, I travel to work a couple of mornings a weeks by the local commuter train as it is as quick as driving in and costs about the same as my gas guzzler for the short journey and, as an observer of life, I’ve noticed that there are typical people you see every day on the train! 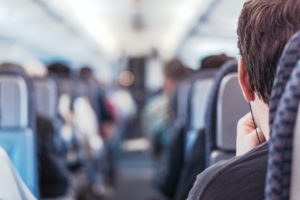 And as most people tend to try and get on the same carriage each day for various reasons (mine is that it stops directly by the steps leading off the station), you end up seeing the same people in the same seats nearly every day! And my station is usually the last one you can find a seat so there are always things to watch and observe in how people obtain and/or preserve their personal spaces.

So here are a few examples of my fellow passengers.

Now this person will sit on the outside seat of two and “falls asleep” knowing that more people are going to be getting on, but he does not want to have anyone sitting next to him. The empty seat stays that way until someone decides to ask them to move so they can sit inside, or outside of them. As they are “fast asleep” they pretend not to hear the request and I have seen some people, normally men, just walk away and leave them alone. Women can be a bit more demanding though!

One morning a young lady wearing one of those baby on-board badges asked nicely, then loudly so most of the rest of us could hear and then, when the sleeper did not move, she hit him, quite hard, with her handbag. He noticed that I can tell you.

Mind you the next day he was in the same seat and still fast asleep allegedly!

This is predominantly a male trait and there are a couple of these on the train I catch, but I have seen a middle aged lady in trousers unpleasantly exhibiting the same characteristic! They tend to sit on the outside seat of a set of four around a table and, due to the size of their paraphernalia, they have to sit with their legs wide apart.

Not only do they take up half the aisle, but they make it very difficult for anyone to move into the window seat. They also do not take it very well when they are asked to move and let someone in next to them.

I suppose this is a similar trait to the previous sleeper to preserve your space and have two seats for your journey!

I love my voice!

There is one certain person who gets on at my station and will not shut up! I actually pity the poor woman who gets on the train with him. She is not his wife, that is obvious, but she still sits with him as he bombards her with his voice!

I know all about his car problems, his need to declutter, the problems he is having with his new extension, even his role within the BBC and all sorts of other boring stuff. I’m sure it is of interest to him and possibly to her, but you see so many other passengers just rolling their eyes and shaking their heads! Although she must not mind as she doesn’t try and avoid him or sit away from him.

Well that is my take on my commuter train travel and I wonder if you have had the same experiences if you travel on these local services? I’d love to see your thoughts so please add a comment below!