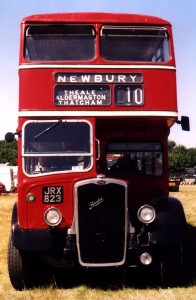 I was recently privileged to have to take a ride on a local omnibus, the no 34, from Barnet down to Edmonton on my way to a Spurs match and the journey has given me another chapter in rants as a grumpy old man and you can now sit down and enjoy me letting off steam.

As I get on near the start of the journey, I can usually find an empty seat, or  pair of seats, so settled down at the back of the bus and began to check up on arrival times and hostelry for the pre-match aperitifs (or usually pints of lager!). There was one old lady sitting down on an outside seat and her single bag of shopping was “using” the other which, at the start of the journey, was not an issue, but more about her later!

At the next stop I saw a couple with a pushchair and a young son waiting to get on the bus and, as the doors opened, the husband got on the bus and strode up the aisle,  plonked himself down and was back on his phone immediately. The wife struggled to get the bulky pushchair up onto the bus as, due to parked cars, the bus was some way from the kerb, but her loving hubbie just shouted at her in probably an Eastern European accent to hurry up or something like that.

A young youth with a large afro haircut had also got on with his Dr Dread headphones carefully positioned to avoid too much damage to his coiffure and sat in front of me. He was listening to what seemed like a drum machine stuck on one set of notes which was loud enough to start getting on my nerves.

The affectionate hubbie was playing a game on his phone and kept looking at the drum machine kid as the noise was putting him off his game so he turned up the sound on his phone and I was treated to the music from his game as well. It seemed pointless indicating the signs on the bus asking people to be sensitive to others around them so I just sat and watched the world go by with a drum machine and some tinny game music chiming along with the noise of the engine on the bus.

By now the bus was getting full and two young girls managed to get the last two seats near me opposite one another and both sat down and put their dirty soles upon the others seat and were giggling away showing each other various things on their phones. Again pointing out the poster about keeping your feet off the seats would probably have been a pointless exercise.

So we were now down to one seat not occupied by a passenger and at the next stop an old boy got on, and spotting the gap next to the old dear, he made a beeline for, what he thought, was an empty seat. He saw the bag and asked her, in a foreign accent, to move over so he could sit down and she refused, also with a foreign accent. We were then entertained by the two of them having an argument in possibly Greek about the use of a seat for shopping as the bus trundled its way down the North Circular Road! It was all getting rather loud when we arrived at a stop and she stood up and shouted something at the bloke as she got off waving her hand in a strange gesture at him!

At the next stop down the line, the affectionate husband rang the bell and swiftly got off the bus and watched his wife manoeuvre the pushchair and the young son off the bus as he completed yet another level of his game! The age of chivalry is not dead, but alive and well in North London! The one saving grace was that affro boy turned his volume level down and the engine noise also reduced relieving my ears!

My stop was up soon and so I got off and walked to meet my friends for a pre-match drink thinking that it was going to be a couple of hours before I had to do it all again on my way home!

Do you travel much on public transport? Have you met similar people on your travels? Love to know what you think and have standards dropped so much!

2 replies to "Grumpy Old Man – On The Buses"