After the post last week, https://davethomasonline.com/blog/food-for-thought-the-indispensable-man/, I dug out another simple, but humourous story that illustrates the need for communication. 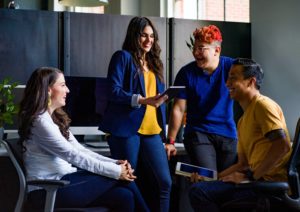 I’ve looked for the author of this, but their name has been lost in time.

I’m sure we can all relate to this short, but potent example of how things can go wrong so easily. Let me know in the Comments sections what you think.

Everybody thought that Somebody would do it.

Anybody could have done it, but Nobody did it.

Somebody got angry about that because it was Everybody’s job.

Nobody realised it was Everybody’s job.

Everybody thought Anybody could do it, but Nobody realised that Somebody wouldn’t do it.

So it ended up that Everybody blamed Somebody when Nobody did what Anybody could have done.