I suppose, like many of you, I struggle with the demon of procrastination and happily surrender up to other less important tasks rather than bite the bullet and tackle the beast head on. And it is summed up quite ably by the following quote from a well respected individual. 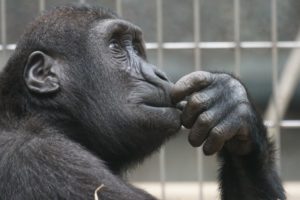 Procrastination is the bad habit of putting off until the day after tomorrow what should have been done the day before yesterday. Napoleon Hill

The following 7 steps were part of one of my previous employer’s attempt to get the company working better whereas many people told them if the wages were a little better, more people would be inclined to go the extra mile, but that is not the point of this post! They are not truly profound, but give you a set of actions to take if you so desire to rid yourself, if possible, of the procrastination habit at least for two or three tasks.

(i) Decide exactly what you want. Make sure you are crystal clear on your goals and objectives.

Little aside here – how many times were you told to pull your socks up at, say, school by your teacher so did you even enquire, How high? That would create a crystal clear position for you.

(iii) Set a deadline on your goals. No urgency = No results. No real beginning = No real end.

(iv) Make a list of everything that you can think of that you are going to have to do to achieve your goal. A list gives you a clearer, visual picture of the larger task or objective.

(v) Organise this list into a plan. List in priorities then decide which needs to be done first

(vi) Take action on your plan immediately. “An average plan vigourously executed is far better than a brilliant plan on which nothing is done!”

(vii) Resolve to do something every single day that moves you closer towards your major goal(s). A 14 day action plan is a good start for anyone or anything.

In fact I did use these principles for a while for most of my major tasks until I discovered a different way for me that I found worked perfectly which I will write more about shortly.

To finish, another quote.